For the development of dog training programs and dog handling in the Army.

2.  DEVELOPED AND IMPLEMENTED NEW YORK CITY’S FIRST K-9 CORP
FOR THE NYC SUBWAY TRANSIT POLICE
, for which he received a wide range
of citations and awards from City officials to State Legislatures.  Awards,
Recognition, and Citations have been presented to him by the following
individuals:
Governor Cuomo

3.  ESTABLISHED ANTHONY JERONE’S SCHOOL OF DOG
TRAINING & CAREER INC...
It is the only academy that provides both the educational programs for dogs to
become professionally trained with the latest and most effective techniques in
all aspects of NYC approved training, and for people to become certified
professional dog trainers.

PROGRAMS FOR DOGS INCLUDE

PROGRAMS FOR PEOPLE INCLUDE

4.  DEVELOPED AND IMPLEMENTED THE ONLY FREE DOG TRAINING
WORKSHOP (“Doggie Boot Camp”) in New York, for which he has been cited
and praised for his community service and expertise by: 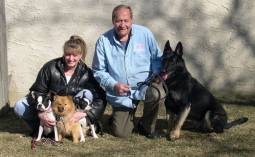 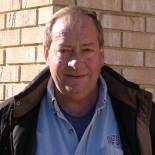 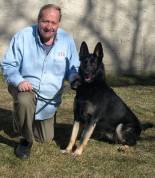 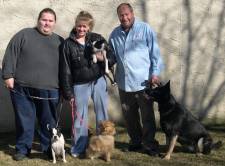