“To all who shall see these presents,Greeting: His

Excellency, The Governor on behalf of our Representatives

The Cross ordered to be awarded to those who
have rendered Conspicuous Services to our people.” …

“The Bronze Star Medal”
Awarded by: The President of the
United States of America


View
“Citation by direction of the President The Bronze Star Medal is
presented to Specialist Four Anthony M. Jerone, United States
Army who distinguished himself by outstandingly meritorious
service in connection with military operations against a hostile
force in the Republic of Vietnam


“Citation by direction of the Secretary of the Army The Army
Commendation Medal is presented to Specialist
four Anthony M. Jerone, United States Army who distinguished
himself by exceptionally meritorious service in support of military
operations against communist aggression in the Republic of Vietnam..”…

“This is to certify that PFC Anthony M. Jerone,
RA 11 834 861 has diligently pursued and
successfully completed a 12 week Scout Dog
Course in Day and Night Scouting, Patrolling
and Outpost procedures to include Helicopter
Orientation and Search Operations with Scout Dogs.”… 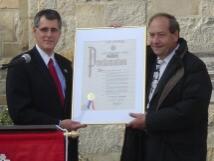 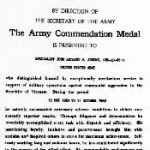 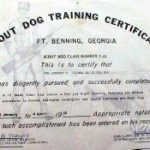